The University of the Future: Free and Democratic

Australian universities are increasingly being run like big corporations. As vice-chancellors earn millions and students are funnelled through like cash cows, rampant casualisation, job insecurity and wage theft plague the sector. Expensive degrees are leaving students in decades of debt.

Limited democratic processes that were present in our universities have been eroded. State and federal legislative efforts have seen elected staff and students on university governing bodies replaced with appointed corporate elites. 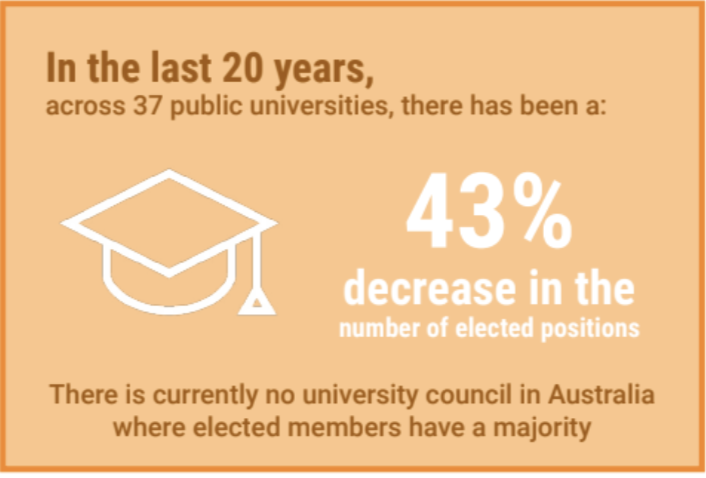 Our universities are now in crisis and Brisbane knows this all too well. Within our electorate, there are two university campuses. Covid-19 hit the sector hard and revealed the flaws of the corporate university. After decades of funding cuts, the pandemic showed just how reliant on income from international students higher education has become. The government’s refusal to provide any meaningful assistance resulted in universities sacking staff en masse, with over 40,000 jobs lost nationwide in the last 12 months.

Instead of supporting our universities, the Liberal-National government pushed through legislation to hike fees and cut government funding for teaching and learning. These new laws more than doubled the cost of many degrees, and are set to leave students with much more debt. They are the Liberals’ latest effort to shift the cost of university away from the government and onto students.

How are we to prepare our nation for the future and remain internationally competitive if we gut funding for higher education and research?

The Greens will fight to make higher education universally accessible and give power back to students and staff by:

We want to hear from you. Senator Mehreen Faruqi of NSW has a discussion paper open to the public and we would love your input. If you are a student or staff member at a university and want to be heard, head to this link.